Have you ever wondered where contemporary authors get ideas? They get their concepts from stories spoken or written hundreds of years ago. These types of stories are called Folklore. Folklore is a term for a collection of traditional stories that embrace culture and society. There are many types of folklore. Folklore is just not a story; it can be art, songs, dances, sayings, beliefs, and superstitions. Folktales, myths, legends, and fables are the most common folklore stories. Folklore can be used to help people study other cultures, model positive character traits, and discover a love of reading.

Join us weekly to delve into the world of Folklore. You will visit each kind of folklore and take with you some of the most cherished stories ever told.

Folktales are a subset of folklore. A short, simple story told for entertainment and to teach values and morals important to a particular culture. Historically, folktales were passed down verbally from generation to generation though many of the stories can now be found in written language. Typically, the original author is unknown. However, folktales are often found in many different versions from culture to culture but they present the same common theme or lesson. Folktales describe how the main character copes with the events of everyday life. Generally, a strong conflict and resolution is found in the story. As children, we might have read many tall tales and fairy tales. Fairy tales are a subset of folktales. 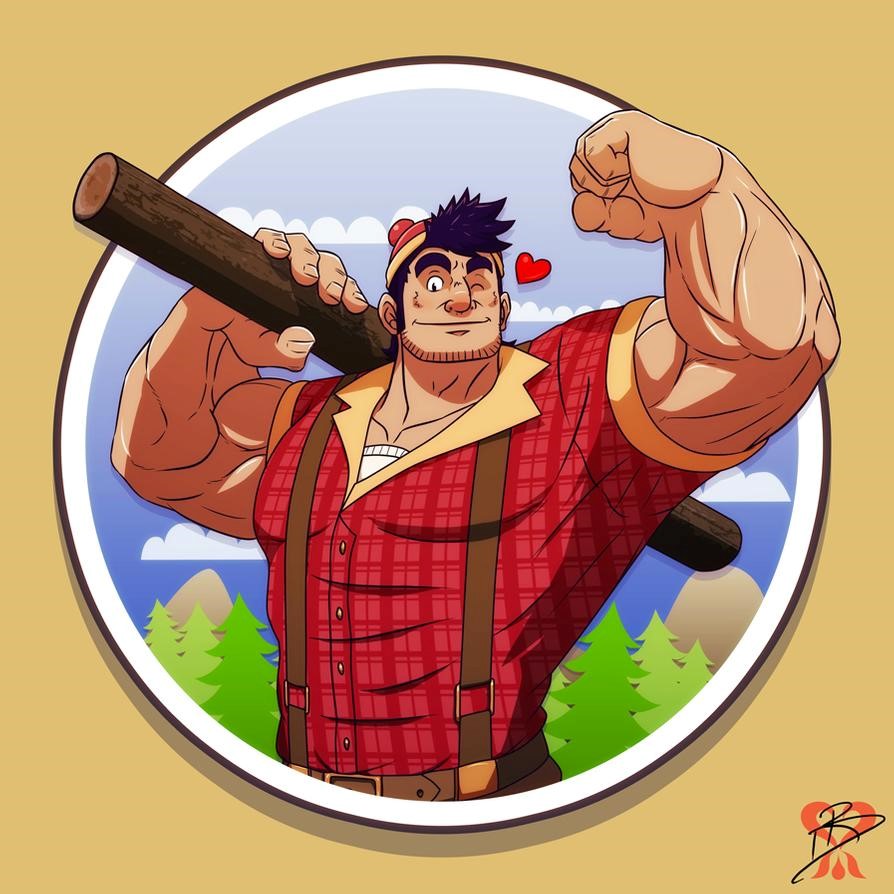 The Whistling River – so named because twice a day, it reared up to a height of two hundred feet and let loose a whistle that could be heard for over six hundred miles – was the most ornery river in the U.S. of A. It took a fiendish delight in plaguing the life out of the loggers who worked it. It would tie their logs into knots, flip men into the water then toss them back out onto the banks, and break apart whole rafts of logs as soon as the loggers put them together.

This fact by itself might not have been enough by itself to get Paul Bunyan involved. But one day Paul was sitting on a hill by the river combing his beard with a large pine tree when without warning the river reared up and spat four hundred and nineteen gallons of muddy water onto his beard. This startled Paul somewhat, but he figured if he ignored the river, it would go away and leave him alone. But that ornery river jest reared up again and spat five thousand and nineteen gallons of muddy water onto his beard, adding a batch of mud turtles, several large fish and a muskrat into the mix. Paul Bunyan was so mad he jumped up and let out a yell that caused a landslide all the way out in Pike’s Peak.

“By jingo, I am gonna tame that river or bust a gut trying!” he cried.

So, Paul sat for four days eating popcorn and trying to figure out how to tame that river. He ate so much popcorn that the air was soon filled with white bits and the ground for three miles around was covered with eighteen inches of popcorn scraps. This caused several hundred small animals and a few dozen birds to conclude that they were in a blizzard and so they froze to death. This furnished the loggers at the camp with pot pies for several days.

Just as he ran out of popcorn, Paul decided that the way to tame the river was to pull out the kinks. He would hitch the river to Babe the Blue Ox and let him yank it straight. Of course, Paul knew that an ordinary log chain and the skid hook wouldn’t work with water. So, he and Babe took a short walk up to the North Pole. There, Paul made a box trap baited with icicles that he set near a blizzard trail. Then he and Babe wandered away. Paul started to throw icebergs out into the ocean so Babe could play fetch. But he had to stop the game since each time Babe jumped into the water a tidal wave threatened to swamp the coast of Florida. After lunch, Paul went back to check the trap. He had caught six young blizzards and an old nor’wester. He put two of the young blizzards in his sack and released the rest. Then he and Babe went back to their camp.

As he walked into camp, Paul yelled to Ole, the Big Swede to build him the largest log chain that’s ever been built. Then he staked out the two blizzards, one on each side of the river. Right away, the river began to freeze. By morning, the river had a tough time rearing up to whistle because it was frozen solid for more than seventeen miles. When Paul Bunyan finished his breakfast, he harnessed Babe and wrapped the chain seventy-two times around the foot of the frozen Whistle River. Yelling to the men to stand clear, he shouted at Babe to pull. Babe pulled that chain into a solid bar and sank knee deep into solid rock, but that ornery river refused to budge. So Paul grabbed the chain and he and Babe gave such a yank that the river jerked loose from its banks and they dragged it across the prairie so fast it smoked. After a while, Paul looked back and saw the river was as straight as a gun barrel. But the river was much shorter with the kinks out, and all the extra lengths that used to be in the kinks were running wild out on the prairie. So Paul got his big cross-cut saw and a lot of baling wire and sawed the extra lengths of river into nine-mile pieces, rolled them up and tied them off with the baling wire. He later used them to float his logs when he logged out the desert.

But now that it was straight, the Whistling River lost its gimp and refused to whistle. Which made everyone mad at Paul Bunyan, because now they didn’t know when to wake up in the morning. Paul might have been in real trouble if Squeaky Swanson hadn’t showed up right about then. Squeaky’s speaking voice was no louder than a whisper. But when he yelled, you could hear him clean out in Kansas. So each morning Squeaky got up at the crack of dawn and yelled the blankets off of every bed in camp. Naturally, the men found it hard to sleep in the cold without their blankets, so they got up. Squeaky was a great success, and for the rest of his life he did nothing but get up at dawn and let out one really loud yell.

What is the factual information in this folktale and what is the fiction? 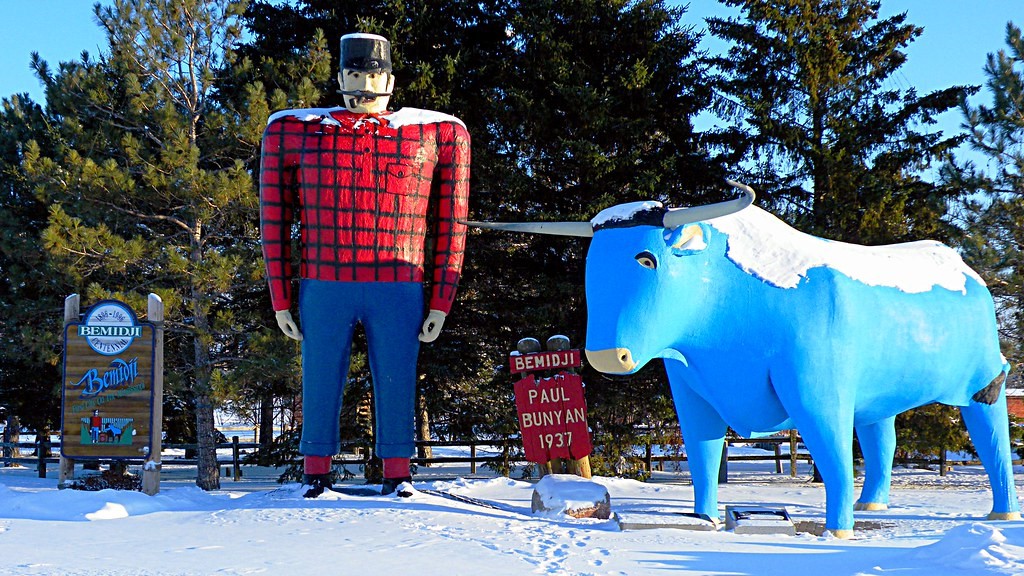 This Photo by Unknown Author is licensed under CC BY

The History behind the Legend

The legend of Paul Bunyan was thought to have been born in the lumber camps of Minnesota in the late 1800s, though some historians insist the legend of Paul Bunyan is nothing more than “fakelore,” a literary invention that claims to be authentic folklore. Paul Bunyan was first mentioned in print in the Duluth News Tribune in 1904. His legend grew as part of a promotional campaign for the Red River Lumber Company. In 1958, Disney produced the successful musical Paul Bunyan, making him a household name.

Click the link below to read about the State of Minnesota

Were there any connections between Paul Bunyan and the Momotarou- A Japanese Fairy Tale which can be found in the Virtual Activities under Read All About It? 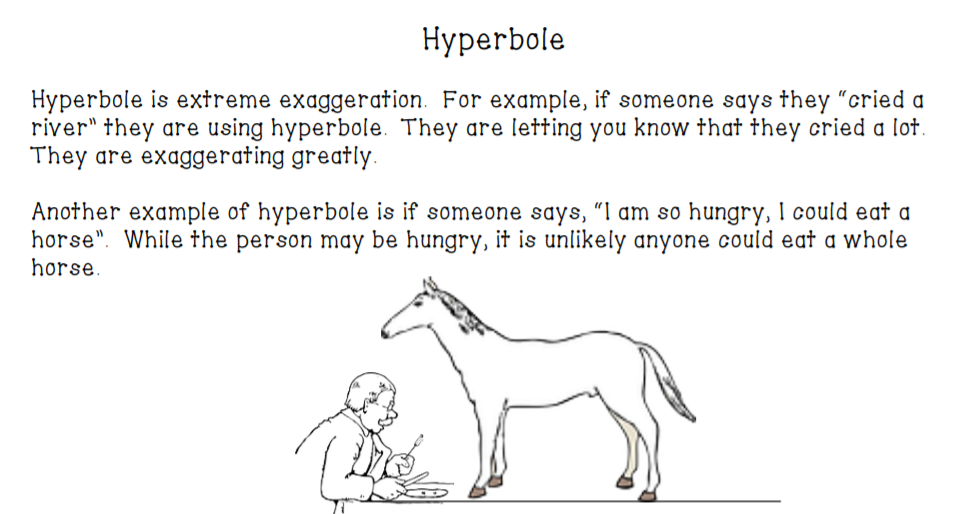 Hyperboles are quite common in Folktales. After reading Paul Bunyan Tames the Whistling River, write down 2 hyperboles from the folktale.

What is the Probability of Flipping a Burnt Flapjack?

This Photo by Unknown Author is licensed under CC BY-ND

Paul Bunyan, as many men that lived in the wilderness, ate lots of flapjacks or what we call pancakes. They were easy to make on a campfire. Solve the math problem below about flapjacks.

A river is a naturally flowing channel of water that forms from a spring or places where rainwater and snow collect. Typically, rivers originate in mountains, and run

across the land until they flow into other rivers, lakes, and oceans. Rivers are important to civil engineers because of their extreme ability to sculpt the Earth’s surface while they carry large quantities of water and sediment to the land and sea.

Items to prop up the tray: 2-4” blocks, rocks, or sticks (just enough to create an incline)

Paper to record observations and sketch during each activity 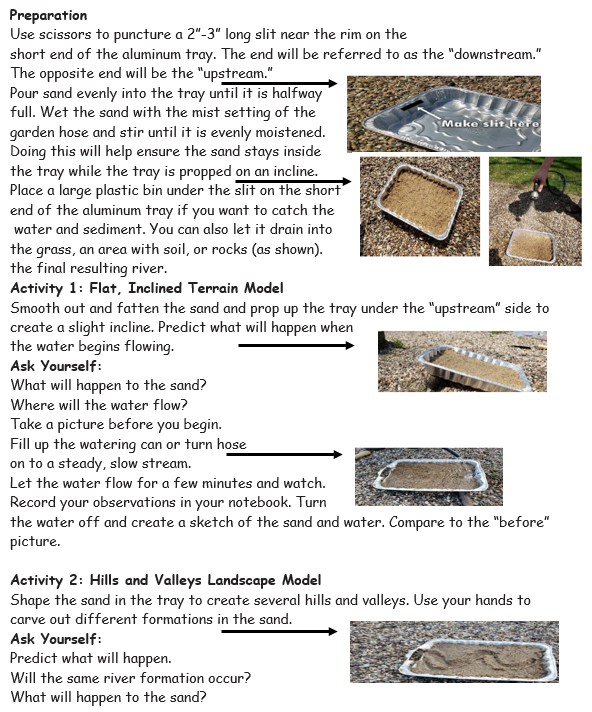 *Add a large rock next to a valley that you’ve carved out of the sand and repeat the process.

*What happens to your rivers during a heavy rainfall and flood? You can simulate this by increasing the flow of water from the watering can or hose and see what happens.

How were the river formations similar?

How were the river formations different?